‘If you judge people, you have no time to love them’ Mother Teresa 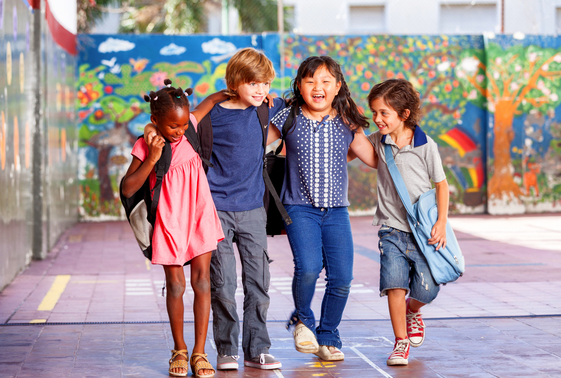 When I was on SBS Insight last week talking about sibling rivalry, another mum in the audience was asked who her favourite child was and she said it was her youngest son, Alex.  She has been hugely judged for having a favourite. Even to the extent of people saying she didn’t deserve kids and was called everything imaginable. Her full story is different to the snippet we say on television.

Imagine a world where people didn’t judge others.

Imagine a world where people showed kindness and compassion to others.

Imagine for a second if parents didn’t judge each other but worked together to raise happy, healthy children. Imagine if there was no judgment in mothers groups or in the playground, but mums helped each other out.

What if people in workplaces didn’t judge each other, but worked together to get the best outcomes. Imagine if you didn’t judge the homeless person you walked past on the street last night – instead you talked to them with compassion.

You have probably all heard the story of when the father got on the NYC subway late at night with his 5 children who were all being loud and misbehaving in one way or another. Catching the disapproving look from the other people in the carriage, the father apologized. ‘Sorry, I am on my way home from the hospital and just trying to imagine how I will handle my first night without their mother’.

The world can be an cruel place. It can lack compassion and kindness for people who are judged and for those who judge.

As parents, we can teach our kids how to be non-judgmental and show empathy and compassion for others.

Here are the 5 ways to raise non-judgmental children.

1. Expose your children to people from different walks of life

Up until last month, I was working at a homeless shelter. People who came there were mentally ill, drug addicted, homeless, socially isolated and marginalized by society. I took my children with me some days and people judged me for taking them to a ‘dangerous’ place.

The encounters my children had with the visitors to this shelter were always a raw and beautiful experience for my kids and for me to see how they interacted with people who they would not normally speak to in our middle class, white world.

One meeting that sticks out in my mind is when my children met Cathy* – an Aboriginal lady in her early 40s with bright pink, curly hair who was homeless at the time.

She had a rough side and had experienced life in ways different to many. My son sat with Cathy on the bench and asked her where she slept at night and she told him. They talked about what it was like to be homeless and how different his life was to hers. They talked about what happened when it rains in the middle of the night and where she gets her breakfast without a kitchen. They talked about what bathroom she used and where she put her clothes without a cupboard. She loved my kids as soon as she met them and they got to know each other quite well over the next few months. There was no judgment from either side. Now when it rains at night, my kids wonder where Cathy is and hope she has found somewhere dry to sleep for the night.

If we allow our kids to meet people from different backgrounds, we are showing them that people are really just people.

We went into the supermarket when my son was 3 and an Indian lady was in the queue behind. My son piped up ‘Mummy, that lady looks like a cow’.

My heart sank. She was standing right there. What ensued was beautiful.

This lady, full of grace, took my little boys hand and said to him – ‘I have beautiful big brown eyes like a cow don’t I? I have lovely long eyelashes like a cow also and I love that you think I look like a cow. Cows are very sacred creates where I am from. Thank you for calling me a cow. Now what is your name?’ And so a conversation started with a lady who we wouldn’t have had the opportunity to talk to otherwise. I was grateful she had taken the comments of a 3 year old and turned them into something he didn’t forget. It must have taken all her courage and patience and I thank her for it.

If we take the opportunity to meet and talk to people in our community, we show our children again that people really are just people.

3. Allow your kids to experience many cultures

‘It’s not what you look at that matters, it’s what you see.’ ~ Henry David Thoreau

If you can, live in a different country. When my kids were little, we lived in the States. My husband was doing a university masters with military members who were serving from all over the world and they brought their families to live in Washington DC for the year. My kids played with children from Pakistan, Holland, Norway, Lebanon and the UAE. They also went to school with American kids and learnt the pledge of allegiance. It was a great immersion into a new culture.

Here are a few other ideas:

4. Educate your kids about differences

From a very young age, children know that people look or speak differently to them. Take the time to tell your kids it is OK to be different and talk about the differences they have observed. It is not OK to judge that person for being overweight or being a different race.

Talk to your kids about difference religions, cultures, appearances, illnesses and how other people live their lives.

Talk to them about mental illness, about alcoholism, about children with autism and about people’s idiosyncrasies. If these things are not foreign to our children, they will accept the differences they observe as normal everyday occurrences and not judge it for being different.

5. Use non-judgmental language around your kids

Our role modelling is hugely important here. If we use judgmental language, our children will. Our children will soon pick up if we are racist, sexist, biased or judging others.

Being mindful of the language we use will give our children the right words to use around others to show kindness and compassion.

The other day we gave a girl a lift home in the car from sport. She started asking my daughter if she liked so and so from school and what she thought of this girl and that girl and why she didn’t like them. She told a story about how she thought it was funny that people at lunch had made fun of the boy in their class with autism – I sped up to get to her house.

When she got out, my daughter said to me ‘I didn’t like the way she was speaking Mum, I really like that boy at school and the other girls she talked about’. And so we talked about the language we use to talk about other people and the peer pressure to conform to judgment.

A family with a little girl were sitting in the waiting room of a doctors surgery. A Pakistani man walked in and sat down on the bench next to the little girl. The dad stood up and sat in between the little girl and the man, obviously uncomfortable with his appearance. The doctor came out and called the family in and the Pakistani man followed – it turned out he was the donor of the bone marrow that saved the little girls life.

If we educate our children about differences, teach them about other cultures and provide them with opportunities to meet people from many walks of life – we set our children up to be compassionate, kind adults.

P.S How did you go with your challenge?

← My kids fight… there, I said it on national television!
‘Motherhood is a cinch’: Interview with Jacinta Tynan →